skip to main | skip to sidebar

Because there are no known images of the Runaway Pond flood or its aftermath, I have been searching for other flood images that could give some idea of how the events of June 6, 1810 might have looked in Glover and down through the Barton River Valley.
On March 11, 1864 the recently completed Dale Dyke Dam on the Loxley River north of Sheffield, England collapsed during a rainstorm as the reservoir behind it was first being filled. The event is described on Wikipedia as follows:

“The Great Sheffield Flood, also known as the Great Inundation, was a flood that devastated parts of Sheffield, England, on 11 March 1864, when the Dale Dyke Dam broke.

The newly-built dam, at Low Bradfield on the River Loxley, broke while it was being filled for the first time. An estimated 3 million m³ (700 million imperial gallons) of water swept down the Loxley Valley, through Loxley village and on to Malin Bridge and Hillsborough, where the River Loxley joins the River Don. The flood continued south down the Don into Sheffield centre, around the eastward bend of the Don at Lady's Bridge, then to Attercliffe, past the sites of today's Don Valley Stadium, Sheffield Arena and Meadowhall Shopping Centre and on to Rotherham.

The subsequent enquiry found that the flood had wrecked nearly every bridge as far as Lady’s Bridge, destroyed 800 houses, and killed 270 people - bodies were later found as far down the Don as Mexborough. The conclusion was that the dam construction was defective, and that a small leak in the wall grew rapidly until the dam failed completely.

The claims for damages formed one of the largest insurance claims of the Victorian period.”

“Dale Dyke (or Bradfield) resevoir was one of a planned four resevoirs built around Bradfield, about 8 miles north-west of Sheffield, to satisfy the developing steel industry of Sheffield. The embankment damming the Dale Dyke stream was of earth construction (500 feet wide, 100 feet high), forming a resevoir a mile long and a quarter mile in width.

It was almost completed when it was breached during a storm just before midnight on the 11th March. Within an hour some 650 million gallons (3 million m³)  (Runaway Pond was estimated to contain 2 billion gallons of water, or 3 times the Sheffield Flood) swept through a gap 110 yards wide at the top and 70 feet deep. The torrent of water swept down the Loxley valley through Low Bradfield down to Hillsborough and into Sheffield. The flood reached a depth of 26 feet (8 m) on the upper Loxley, and 6 feet as far as Lady’s Bridge in the centre of Sheffield.

The Loxley valley was heavily industrialised, and the flood destroyed mills, grinding wheels, warehouses, etc, as well as inns and domestic dwellings. A contemporary report lists 4 mills, 17 workshops/warehouses, 3 shops, 39 houses and 2 beer houses totally destroyed; a further 17 mills, 11 workshops/warehouses, 15 shops, 376 houses and 22 beer houses were partially destroyed. Over 4,000 houses were flooded. There were 240 reported deaths, though the total may have been higher, especially if consequent deaths are taken into account.”

The images reproduced below are photographs and engravings of the Sheffield Flood. The event is similar to Runaway Pond in that the reservoir and the lake were of roughly similar dimensions and were both in  mountain valleys. The dam in England was man-made, while the dam which held Long (Runaway) Pond had most likely been left by the retreat of the last glacier. Engineering errors were at the root of both catastrophes. In both cases a small leak grew rapidly and resulted in complete failure of the dams. The Sheffield Flood resulted in much more loss of life and property because the Barton River valley was sparsely settled in 1810. 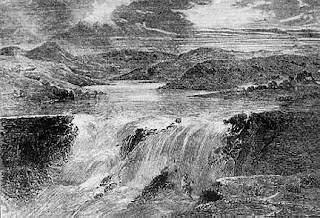 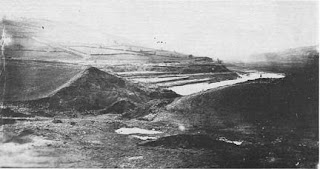 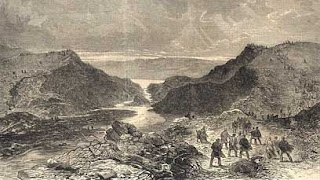 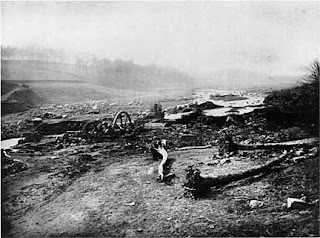 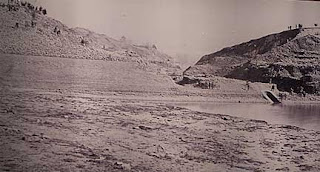